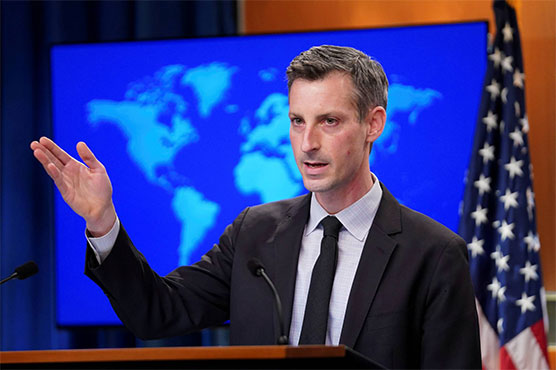 Washington: US President Joe Biden s administration said that Israel s control of the West Bank is indeed “occupation,” clarifying its stance after the release of a report that seemed to downplay the term, adopting language used by Donald Trump s government.

“This has been the longstanding position of previous administrations of both parties over the course of many decades,” he said.

But under the staunchly pro-Israel Trump, the annual human rights report renamed the section on “Israel and the Occupied Territories” as “Israel, West Bank and Gaza.”

The first of the reports issued under Biden, which was released Tuesday, kept the same formulation but stated that the language was not meant to convey any position.

The top State Department official on human rights, Lisa Peterson, said that the report generally uses geographical names and that “Israel, West Bank and Gaza” was easier and clearer for readers.

Trump s secretary of state, Mike Pompeo, broke past precedent by visiting a Jewish settlement in the West Bank and said he disagreed with the broad international consensus that such construction is illegal, with Trump signalling that Israel should be free to annex Palestinian land.

Trump also recognized Jerusalem as Israel s capital as well as Israel s annexation of the Golan Heights from Syria.

Israel withdrew from the Gaza Strip in 2005 but maintains control over the crowded, Hamas-ruled territory s airspace and borders.

Secretary of State Antony Blinken has indicated the United States will not reverse Trump s decisions on Jerusalem but will also do more to work toward an independent Palestinian state. AFP

A gift of chocolate from Queen Victoria, intact after 121...