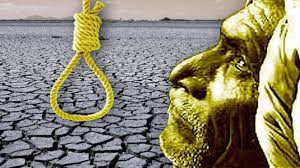 The report adds that although Maharashtra witnessed a 20% dip from the previous year, it continued to be the top state with 2,550 of the 6,270 farmers’ suicides documented nationwide.

Overall, the data suggests that while farmer suicides have dipped by about 21%, those by farm labourers have risen by 10%.

The NCRB report also states that a vast majority of farmers who died by suicide in India were men, while women accounted for just 8.6% of farmer suicides in the country.

The report, however, did not reveal the reasons for the said farmer suicides. On the contrary the NCRB in its previous report, had given reasons behind the farmers’ suicides classifying them under categories such as crop failure, illness, family problems and loans etc.

“Not only were the old categories retained but more sub-categorisation had been done to further diversify the data this time. But it’s interesting to note that this data has not been published,” a former NCRB official involved in the exercise told The Indian Express.

West Bengal on the other hand did not provide data on farmer suicides for 2016. The state did not release any numbers in 2015. It had reported 230 suicides in 2014.

Over 15,000 farmers committed suicide in Maharashtra between 2013 and 2018, an RTI filed in the state had recently revealed. Out of the total 15,356 farmer suicides during the six-year period, 396 cases were reported between 1 January 2019 to 28 February 2019. So far, the government has provided ex-gratia to 102 families out of 396 suicide cases in the state, according to RTI activist Shakeel Ahmed.