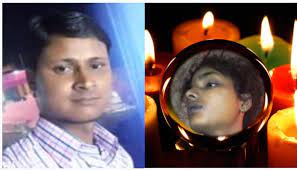 Bihar: In Indian State of Bihar, a 16-year-old Muslim girl was raped, tortured and murdered by village head, his brother and accomplices.

The victim’s family said that the local authorities and police are protecting the accused and have manipulated the post-mortem report for the same.

She went missing on 24 May as per FIR in local Azamnagar police station on 25 May in the morning. In the evening, the families found her dead body in the house of Rekha Devi.

The girl’s cousin, Wajhul Qamar, said that there were many bruises on her body. Her waist was broken. There was a dark contusion on her throat to suggest that she was strangulated. Apart from that, some slippers and liquor bottles were found near the spot. He said that she was raped and tortured at somewhere else but her body was left at Rekha Devi’s house. Web Desk