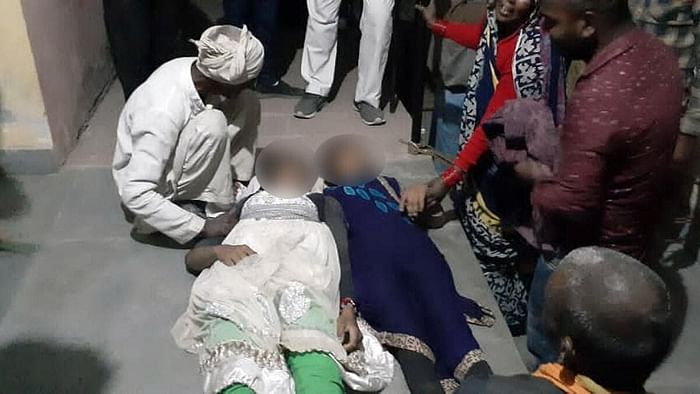 Uttar Pradesh: Two Dalit girls, aged 13 and 16, were found dead on their family’s field in Uttar Pradesh’s Unnao district on Wednesday, 17 February. Another 17-year-old Dalit girl was found at the same spot in a critical condition.

According to the police, the three girls had gone to the field to collect fodder for their cattle around noon on Wednesday, but did not reach home till late at night.

The three girls were found in an unconscious state in the evening. On being taken to the nearby hospital, two were declared dead and one was very critical. Citing prima facie evidence, the police said that they suspect a case of poisoning but further investigation was being carried out and necessary actions will be taken.

Talking to reporters on 17 February night, the mother of one of the victims said that when the girls were found, their hands or legs were not tied but they were frothing at the mouth. However, another family member had claimed their hands were tied, pointing to the fact that it was not a case of suicide.

The third victim, who is fighting for her life, has been shifted to Kanpur Regency Hospital where she has been kept on ventilator. A four-member team of doctors has been formed to conduct the post-mortem on the two deceased girls.

Heavy police force has been deployed in the village on Thursday, 18 February, morning.

After the details of the case surfaced, many demanded that the third victim, who is critical at the Kanpur hospital, be shifted to Delhi’s AIIMS. Some pointed out that proper medical treatment is crucial for the survival of the third girl, who is the sole witness to the incident.

Congress leaders Rahul Gandhi and Priyanka Gandhi took to social media and attacked the Uttar Pradesh government. They said that they are standing as the voice of the victims’ family. Thequint.com