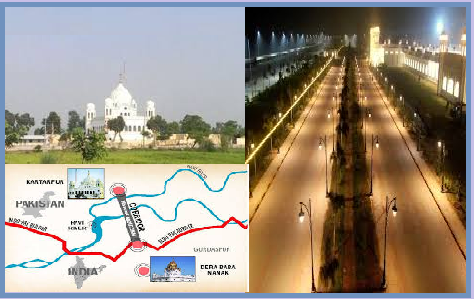 ISLAMABAD   –  Pakistan High Commissioner in Canada Raza Bashir Tarar on Thursday said the opening of Kartarpur Corridor by the present government reflected Pakistan’s desire for peace and a goodwill gesture to the Sikh community. He said this while addressing a webinar organized by Pakistan High Commission in Ottawa and the Consulate General of Pakistan in Toronto on “Tourism Opportunities in Pakistan”.

In his introductory and concluding remarks to the webinar, High Commissioner Raza Bashir Tarar noted the love and admiration members of the Sikh community had shown for Prime Minister Imran Khan and the Government of Pakistan for opening the Kartarpur Corridor which, he said, was not a commercial venture but aimed at showing “our love to our Sikh brothers and sisters in particular and the Indian people in general that Pakistan stands for peace in the region”. He said that Pakistan had been one of the best kept secrets in terms of its tourism potential which had been irrevocably unlocked by the trains of vloggers and YouTubers through their many video testimonials which truly depicted the beauty of Pakistan and the hospitality of its people, showing to the world that Pakistan was a must-seen destination for tourists now.

He said that Pakistan was a land of peace and the spread of Islam and the rise of religions such as Sikhism and Buddhism in the past showed that these historical processes were informed by a love for humanity rather than bloodletting as some historians would have us believe.

He said that Pakistan was an ancient land and a cradle of civilizations. He said there were countless shrines, stupas and seminaries and no less than 270 Sikh Gurdwaras in Pakistan and the government of Pakistan was taking many initiatives to restore many of those historical places.

He urged the Canadians and the tourists elsewhere in the world to look to Pakistan as their next tourist destination. He said the security situation had improved manifold in Pakistan and even the United Nations which was extremely touchy about security and many of its missions had been called off because of security advisories in the past, no longer treated Islamabad as a non-family station. He said countries like the UK, the US and Canada had also positively revised their advisories about Pakistan. He also referred to the positive experiences of the members of Sikh community who had visited Pakistan in recent times. The High Commissioner welcomed suggestions and recommendations of the panelists, particularly the idea of promoting medical tourism in Pakistan, turning many Hindu and Budhist archaeological and heritage sites into living monuments and living breathing places where people could come and pay homage on a regular basis, and the marking of specific events such as the birthday of Lord Buddha. The Nation

Amid tensions between India and Pakistan, 50 students cross Wagah...

Massive fire kills at least three at Rohingya camp in...