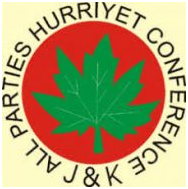 Srinagar: In Indian Illegally occupied Jammu and Kashmir (IIOJK), the All Parties Hurriyat Conference has expressed satisfaction over the OIC Foreign Ministers’ Council resolution passed in favour of the Kashmiris’ inalienable right to self-determination at its session in Niamey, Niger.

APHC General Secretary Molvi Bashir Ahmad in a statement issued in Srinagar, thanked Pakistan for its efforts to muster the support of Muslim countries for the Kashmir cause. He said, the situation has become more serious in occupied Kashmir where human rights violations are committed by Indian troops in a systematic manner. He said that Shah Mehmood Qureshi, the Foreign Minister of Pakistan, had very well drawn the attention of the Muslim countries towards the sufferings of the Kashmiri people, and now the world should come forward in a big way to grant the Kashmiris their internationally-acknowledged right to self-determination.

He said that the OIC Contact Group urged India to stop operations against the people of Kashmir and respect their fundamental rights, give up change in the demography of IIOJK and resolve the lingering Kashmir dispute according to the UN resolutions and aspirations of the Kashmiri people.

He deplored that the situation in IIOJK had become more serious and human rights violations were continuing in a systematic manner. He said that Pakistan had been morally politically and diplomatically supporting the Kashmiri people for the last seven decades and hoped that it would continue its support.

The APHC General Secretary said that all the efforts made by Pakistan, so far, were commendable and it was unfortunate that India did not respond positively.

He said that killings and vandalism were going on in IIOJK and it was a matter of concern for the civilized world, urging it to play role and settle the dispute according to the UN resolutions so that permanent peace could be established in the region.

Meanwhile, Islami Tanzeem-e-Azadi Chairman, Abdul Samad Inqilabi in a statement in Srinagar also sought intervention by the OIC to save Kashmiris from ethnic cleansing in IIOJK. He said that Kashmiri people are facing Islamophobia at the hands of occupational forces of Modi-led fascist Indian government.

Vice Chairman of Political Division of Ittehad-e-Islami, Ghulam Nabi Darzi in a statement in Srinagar appreciated the OIC Foreign Ministers’ conference for approving resolution on Kashmir and termed it a welcome step. KMS

India farmers brave tear gas as they protest against ‘black...

‘Attempts on to spread hatred against Muslims in IIOJK’