At war with the self: Indian armed forces register alarming suicide trend 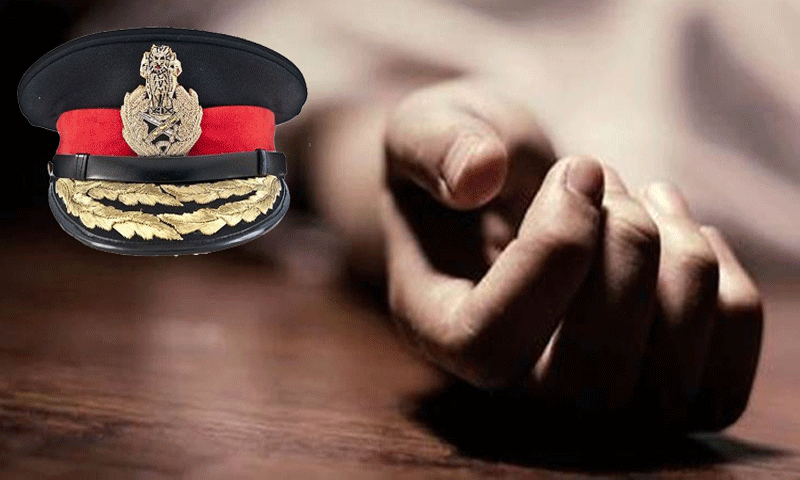 The alarmingly high number of serving soldiers committing suicide while on duty calls for an urgent need for structural changes in the armed forces and a greater focus on remedies for those in conflict zones.

With about hundred security personnel committing suicide every year, an alarming trend is developing among the country’s armed forces. The numbers speak for themselves. In a written reply March 2020, Shripad Naik, Minister of State for Defence, informed the Lok Sabha that in 2019 there were a total of 95 cases of suicide by Army, Navy and Air Force personnel. The maximum number of suicides was reported by the Army, with 73 such cases. In 2018, there were 107 such cases, while in 2017, there were 103.

A look at the statistics further reveals that these numbers have remained stable through the past decade, pointing at possible institutional deficiencies or even workplace ill-treatment leading to stress and trauma. Between 2011 and 2018, there were 891 cases of suicide by members of the armed forces. There is a perception among the academics and independent journalists that suicidal tendencies amongst members of the armed forces were sparked by poor leadership, callous attitude of seniors, and denial of leave over long hauls, even when there was an emergency at the personnel’s homes.

The Defence Ministry compiled data for cases of suicide during the period between January 1, 2014, and March 31, 2017, and came out with the shocking revelation that one person on duty from either the Army, Navy or Air Force committed suicide every three days. As per its data, 348 regulars committed suicide while on duty.

Of them, 276 were from the Army, 12 from the Navy and 60 from the Air Force. However, the Ministry dismissed the notion that these could be related to workplace issues. It claimed that the suicides were the outcome of family or land-related disputes.

Suicidal tendencies amongst security personnel came back to haunt the public conscience after several such cases were reported in quick succession from Kashmir recently, spurring a debate on whether combat operations in a conflict zone, where the locals themselves were more often than not the combatants, could lead to psychological imbalances and needed an institutional and structural response with a focus on counselling, therapeutic remedies or other forms of remedies aimed at strengthening one’s endurance, especially mental endurance.

The cases in Kashmir

On January 18, Major Fayazullah Khan, an Army officer, allegedly shot himself dead at a forward post in Tangdhar sector in Kupwara district along the Line of Control (LoC) in Jammu and Kashmir. Only a month ago came the startling news of two suicides on consecutive days in Kashmir. On December 2, 2020, H.C. Bharinder Singh, a Border Security Force (BSF) head constable, shot himself dead in Kupwara district. A day later, a soldier named Chandra Patil shot himself dead with his service rifle in Shopian district’s Zawoora village in south Kashmir.

In Kashmir, the trend unfortunately seems more of a norm rather than an aberration. In October 2020, six soldiers took their lives in a short span of three weeks. A constable named P.G. Naidu, a resident of Andhra Pradesh, who ended his life by shooting himself in Srinagar’s Mehjoor Nagar area that month. Before him, Jagjit Singh, an Army man, committed suicide at a military camp in Ganderbal district, as did a 22-year-old soldier, Rakshit Kumar, in the border district of Baramulla.

Another Army jawan, N.K. Mullia Raj of 25 Madras, who was deployed in Naugam sector of the LoC, committed suicide on October 11, while Amit Kumar, a constable of the 37th battalion of Sashastra Seema Bal (SSB), ended his life in Handwara area on October 10. The sixth case was that of one Nath, a constable with D-Coy of the Central Reserve Police Force’s (CRPF) 141 battalion, who shot himself at Shergari camp in Srinagar.

Since most of these incidents take place in Jammu and Kashmir or in the northeastern region, academics seem inclined to link the trend with stress and trauma related to the soldiers’ active duty in operations. There is widespread agreement that deployment in counter-insurgency operations in Jammu and Kashmir and the northeastern region is likely to impact the mental health of security personnel and that it may be aggravated by work conditions, particularly harsh treatment meted out to them by high-ranking officers or immediate supervisors.

In this direction, Colonel K.C. Dixit, a research fellow with the Manohar Parrikar Institute for Defence Studies and Analyses (IDSA), authored important findings. Based on his field trip to interact with Officers, Junior Commissioned Officers (JCOs) and Other Ranks in formations and units of the Northern Command in November 2009, Dixit said: “100 per cent of those surveyed felt it to be ‘difficult’ for service personnel to distinguish between a combatant and non-combatant where they are deployed for carrying out operations against our own people. Thus, the importance of the specific nature of ‘un-conventional’ warfare, which is fought among our own people, stands out. We see here a ‘blurring of the distinction between front and rear, strategic and tactical actions and combatants and non-combatants’. The significance of all this lies in that it helps to bring out the kind of problems an armed forces personnel encounters when they are deployed for prolonged period to carry out operations against our own people.”

Dixit made interesting observations specifically on low-intensity conflicts with local populace, such as the ones witnessed in Kashmir quite often.

He wrote: “Such operations are characterised by limitations of armaments, tactics and levels of force applied. The troops trained in conventional warfare experience significant stress in LICO [low-intensity conflict operations] environment. In such operations the security forces end up fighting an elusive enemy (in the absence of reliable intelligence) and have to face active resentment of the local population. Ambiguity of aim, lack of visible success and 20 high casualty rates tend to erode morale among security forces.”

A study by United Service Institution of India (USI), a service think-tank, made similar conclusions in its study of suicide cases within the forces. According to one of its findings, there has been a significant increase in stress levels amongst Indian Army personnel in the last two decades owing to operational and non-operational stressors.

It said: “Prolonged exposure of Indian Army personnel to Counter Insurgency and Counter Terrorism (CI/CT) environment has been one of the contributory factors for increased stress levels.” The findings were the product of a research undertaken by Col. A.K. Mor, a senior research fellow at the USI, during 2019-2020.

The study also validated the perceptions of ineffectual leadership within the Army, leading to low morale or a sense of discrimination amongst the low-rung staffers. It said that some of the major organisational causes of stress amongst officers were “inadequacies in the quality of leadership, overburdened commitments, inadequate resources, frequent dislocations, lack of fairness and transparency in postings and promotions, downgradation in pay and status, inadequate promotional avenues, lack of motivation amongst juniors, non-grant of leave, indifferent attitude of civilian officials and short command tenures.”

Successive governments have been loath to accept organisational failures as a cause of stress. In 2012, Defence Minister A.K. Antony said in Parliament: “Possible causes for soldiers committing suicides or fratricide are stress, personal problems and financial problems…. The physical and mental well-being of the personnel is factored in while planning deployment for counter-insurgency operations.”

Antony also said that the government had taken several steps such as “counselling, improvement in food and clothing, married accommodation, leave concessions” to improve the situation.

In 2018, Kiren Rijiju, Minister of State for Home Affairs, underlined similar factors which he stated were the trigger for suicides by Army personnel. “The causative factors in most of the cases were found to be generally the personal and domestic problems like marital discord, personal enmity, mental illness, depression, and so on,” he told Parliament.

Successive governments have charted out programmes to address the issue. In 2006, A.K. Antony constituted a committee of psychiatrists to examine the alarming rate of suicides in the forces. Considering that a large number of cases were reported from the conflict zone of Kashmir, a team of 400 psychiatrists was sent to Jammu and Kashmir to attend to and counsel soldiers who had been experiencing stress or related issues. The government of the time initiated measures that included professional psychological counselling and workshops on mental health, besides making meditation and yoga classes part of the unit routine.

In 2018, Subhash Bhamre, Minister of State for Defence, stated that the Centre focussed on creating better work conditions to address the issue of low morale among soldiers.

The initiatives included provision for better quality of facilities such as clothing, food, married accommodation, travel facilities, schooling and recreation, and periodic welfare meetings. In addition to these, the Army introduced projects such as ‘MILAP’ and ‘SAHYOG’ in the Northern and Eastern Commands to reduce stress among troops. Simultaneously, the Army and Air Force established the ‘Mansik Sahayata Helpline’ to offer professional counselling and mental health awareness during pre-induction training.

Bhamre said that the government was also committed to increasing safety precautions for the forces to give them a sense of security. He said: “The broad measures taken include upgradation of security infrastructure and intelligence capabilities, refinement of operational drill and response mechanism, equipping the forces with state-of-art weapons, equipment and surveillance devices, medical support and quick casualties evacuation mechanism.”

However, if numbers are anything to go by, the remedies are either not adequate or not implemented well. Over 1,110 soldiers, airmen and sailors took their lives between 2010 and 2019, and that calls for immediate and effective suicide prevention measures rather than blaming marital discords or family disputes for suicides happening while the soldiers are on duty. Frontline.The Hindu.com

Two Birmingham MPs call for sanctions against India over controversial...