Subscribe Us
HomeLatest NewsConflicts should be resolved as per UN Charter, say Lavrov
Latest News 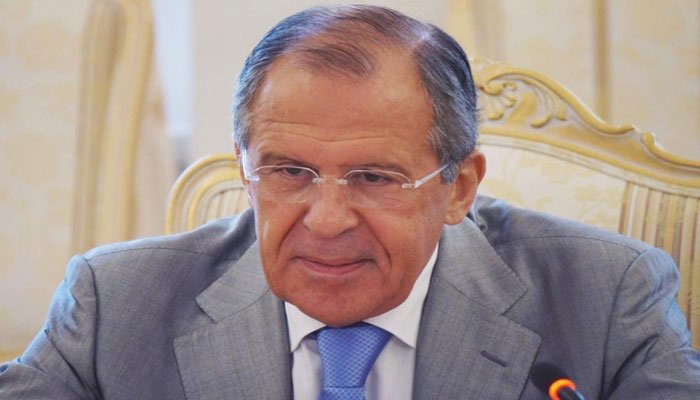 ISLAMABAD: Russian Foreign Minister Sergey Lavrov has appreciated the role of Pakistan in the peace process of Afghanistan. He said that Russia expects that the meeting of the extended ‘Troika’ on March 18, 2021 will give a necessary impetus to the Intra-Afghan negotiation and active role of Pakistan in the preparation of this event is appreciable.

Visiting Russian Foreign Minister Lavrov expressed these views during in an interview and its important points are shared below:

Q1.: Recently, another round of consultations took place in Moscow as part of the extended “Troika” on Afghanistan, which will likely to be followed by a session of talks in Doha. What are the prospects for an intra-Afghan dialogue given that the government of President Ashraf Ghani avoids such negotiations? How will peace and security in South Asia be affected by India’s unilateral actions in Kashmir, its active participation in the “Quad” (USA-India-Japan-Australia) and its dispute over the border areas with China?

Answer: We expect that the meeting of the extended “Troika” of March 18, 2021 will give a necessary impetus to the intra-Afghan negotiations. We note the active role of the Pakistani side in the preparation of this event. Moscow also hosted separate meetings between the Afghan delegation (headed by the Chairman of the High Council for National Reconciliation Abdullah Abdullah) and representatives of the Taliban. We consider it important that both sides speak in favour of intensifying the intra-Afghan negotiation process.

As for New Delhi’s participation in the “Quad”, we proceed from the fact that India as a responsible world power determines its foreign policy priorities by itself. At the same time we are convinced that disagreements between states in any region of the world including, of course, South Asia, should be resolved in a peaceful, civilized manner based on international law. Russia as a permanent member of the UN Security Council is ready to assist this in every possible way.

In principle we do not support the creation of divisive geopolitical structures in the spirit of the cold war. In modern conditions there is demand for such multilateral associations, initiatives and concepts which are based on the principles of inclusiveness, collegiality and equality. It is this philosophy that underlies the activities of the Shanghai Cooperation Organization, of which Moscow, Islamabad and New Delhi are members, he said.

Russia is interested in building up cooperation with the Pakistani, Indian and other partners in Eurasia. We have common interests, above all, ensuring security and improving the quality of life of the peoples of our countries. A unifying agenda is being promoted by the initiative of Russian President Vladimir Putin to develop Greater Eurasian Partnership. Participation in it is open to all states of the continent, including the members of the EAEU, SCO, ASEAN, as well as, in case there is such interest, the European Union. Systematic implementation of the initiative will not only strengthen positive connectivity and improve the competitiveness of all participants but will also be a solid foundation in building a common continental space of peace and stability, he said.

Q2.: Your comments on the global multilateral response to the COVID-19 pandemic and the issue of equitable distribution of coronavirus vaccines. What role could the UN and other multilateral organizations play in resolving conflicts and ensuring the rule of law in relations between states?

Answer: Despite efforts to curb the coronavirus infection, unfortunately, the international community has not fully coped with this dangerous challenge. The current crisis not only reminds of the enduring value of a human life but also shows again that sooner or later most of the problems of our time become common. To tackle them efficiently we need to unite. Therefore from the very beginning we urged our partners to take joint steps. Now it is especially important to suspend trade barriers, illegitimate sanctions and restrictions in the financial, technological and information spheres.

The epidemic has demythologized the idea of superiority of the ultra-liberal model of development. It is obvious that self-sufficient countries with clearly formulated national interests demonstrate greater stress resistance. Those who took the path of ceding their independence, part of national sovereignty to others lost. We regard WHO as the main international platform for coordinating global efforts in the fight against the pandemic. We presume that, on the whole, the Organization is coping with its functions. We will continue to provide multifaceted support to it.

Russia is one of the leaders in the field of global health care. We will continue to contribute to international efforts to combat COVID-19. We will continue to help the affected states both in bilateral formats and within multilateral structures. Our accumulated potential for countering infections allowed us to develop and launch the production of the Sputnik V vaccine in a short space of time. To date two more Russian vaccines against the new coronavirus infection have been registered.

Now the priority is vaccination of the population. Of course, the issue of an equitable distribution of coronavirus vaccines is very sensitive, especially for the poorest countries. In this regard we are ready to deliver safe and efficient Russian vaccines on a transparent basis. A lot of work is being done on this track. We have agreements on the supply of our vaccines with more than 50 states. A number of countries have launched the production of Sputnik V.

As for the second part of the question, the subjunctive mood is not entirely appropriate here. Same as 75 years ago, the UN is the “cornerstone” of the international legal architecture and its Security Council bears the primary responsibility for maintaining international peace and security.

Despite the growing challenges, the UN on the whole successfully copes with its responsibilities to resolve conflicts. As an example, I can mention more than ten peacekeeping operations currently deployed in various parts of the world. Even amid the difficulties caused by the pandemic, the Blue Helmets continue to fulfill their duty with dignity.

Russia as a founding member of the UN and a permanent member of the Security Council advocates strengthening the central role of the Organization in the world affairs. Our constant priority is to contribute to the formation of a more just and democratic, multipolar world order. It should be based on the UN Charter and not on dubious concepts such as the “rules-based order” promoted by Washington and its allies.

Q3.: How close are the views of Russia and Pakistan on the various regional and international issues such as Afghanistan, peace and prosperity in South Asia and the Middle East? What are the plans for the development of trade and economic cooperation between the two countries especially in energy and other sectors as well as in defense?

Answer: Moscow and Islamabad enjoy friendly, constructive relations which are based on the concurrence or similarity of approaches to the majority of topical issues of the international and regional agenda. Among them are the issues of strategic stability and of course Afghanistan. Suffice it to say that during the 75th session of the UN General Assembly the Pakistani partners supported all draft resolutions submitted by Russia and co-sponsored most of them. And, of course, we appreciate the contribution of Islamabad to the advancement of national reconciliation in Afghanistan, including through the mechanism of the extended “Troika” as mentioned above. I would like to note that our states are consistent proponents of settling conflicts including in the Middle East and North Africa solely by political and diplomatic means in compliance with the principles of the UN Charter.

In the area of bilateral relations our priorities are well known. These are, above all, cooperation in combatting terrorism as well as trade and economic ties. We will continue to provide assistance in strengthening the anti-terrorist potential of the Pakistani law enforcement agencies through joint exercises including “Druzhba” (Friendship) and the “Arabian Monsoon”.

In the field of practical cooperation we also have a lot to be proud of. The past year saw a record volume of bilateral trade: it grew by 46% and reached $790 million. We are making necessary efforts to start the construction of the North-South gas pipeline – the flagship project in the energy sector. We hope that all remaining technical issues will be agreed upon in the very near future. Russian companies are ready to participate in the modernization of the energy sector and the railroad system of Pakistan. The News

BJP got blinded by Article 370 success. Now it’s getting...