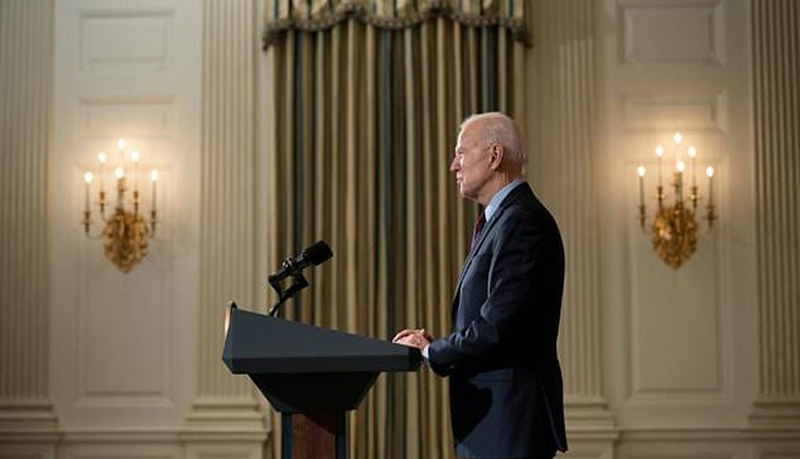 New York: Buthaina al-Raimi was five years old when a Saudi airstrike destroyed her home in the Yemeni capital and killed her parents and all five of her siblings in August 2017.

Ever since, she still breaks into tears for seemingly no reason. When planes fly overhead, she shouts to her uncle, “They´re going to hit us!” For her uncle, Khalid Mohammed Saleh, the US decision last month to stop backing the Saudi coalition and push for an end to the war can do nothing to end her suffering.

“It´s a wise decision, but it´s too late,” he said. It´s also too early, he said – too early to say whether President Joe Biden´s move will bring peace to Yemen.

Biden´s halt to support for the Saudi-led coalition was a dramatic break with the air campaign against Yemen´s Houthi rebels, which had brought international condemnation for causing thousands of civilian deaths. With the move, Biden launched a new push to bring an end to a 6-year-old war that has caused the Arab world´s poorest nation to collapse into a humanitarian catastrophe.

But reaching peace will be a difficult path. The warring parties have not held substantive negotiations since 2019. A deal brokered by the UN in 2018 after talks in Sweden has largely gone nowhere; only one of its components – prisoner exchanges – has made any progress in slow steps worked out in multiple rounds of talks.

Fighting on the ground and coalition airstrikes continue. The Houthis´ grip on the north of the country has only grown stronger, and they have captured new territory from pro-government forces over the past year. Peter Salisbury, Yemen expert at the International Crisis Group, said Biden´s policy shift was “really welcome news.” But, he said, that “won´t automatically mean an end to the war, at all.”

Yemen on Thursday marks 10 years since the fall of longtime autocrat Ali Abdullah Saleh in the wake of an Arab Spring uprising – a moment Yemenis hoped would lead to effective governance and greater freedom. Instead, a brutal war follow when the Iranian-backed Houthis in late 2014 seized the capital Sanaa along with much of the country´s north, ousting the government of Saleh’s successor, President Abed Rabu Mansour Hadi.

Saudi Arabia assembled a coalition that has waged a ferocious air campaign, while supporting allied forces controlling the south in the name of restoring Hadi’s internationally recognized government.

The ensuing war has killed some 130,000 people and devastated Yemen´s already weak infrastructure, from roads and hospitals to water and electricity. UN aid agencies have warned that the hunger crisis caused by the war could turn into full-fledged famine. DT