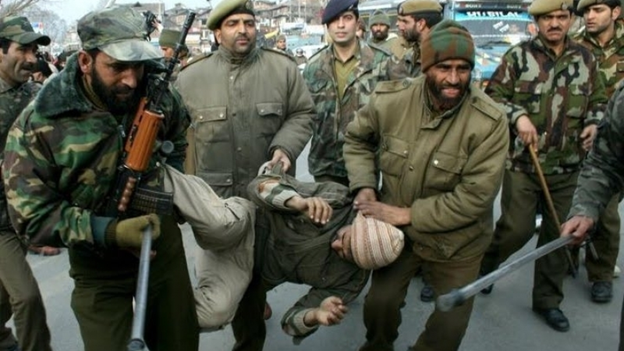 Srinagar: In Indian illegally occupied Jammu and Kashmir, the Chairman of Islami Tanzeem-e-Azadi, Abdul Samad Inqilabi, has said that the Kashmir dispute has been pending with the United Nations for more than seven decades due to India’s stubbornness.

Abdul Samad Inqilabi in a statement issued in Srinagar said that India was using cruel tactics in IIOJK to suppress the ongoing Kashmir liberation movement but would never succeed in its sinister designs.

He also condemned the arrest of innocent people by Indian troops during cordon and search operations in Pulwama, Shopian, Bandipora, Ganderbal, Sopore, Srinagar, Islamabad, Badgam, Kulgam, Kupwara, Handwara, Baramulla and other areas of the territory. KMS

To suppress the freedom movement India uses violence as a...