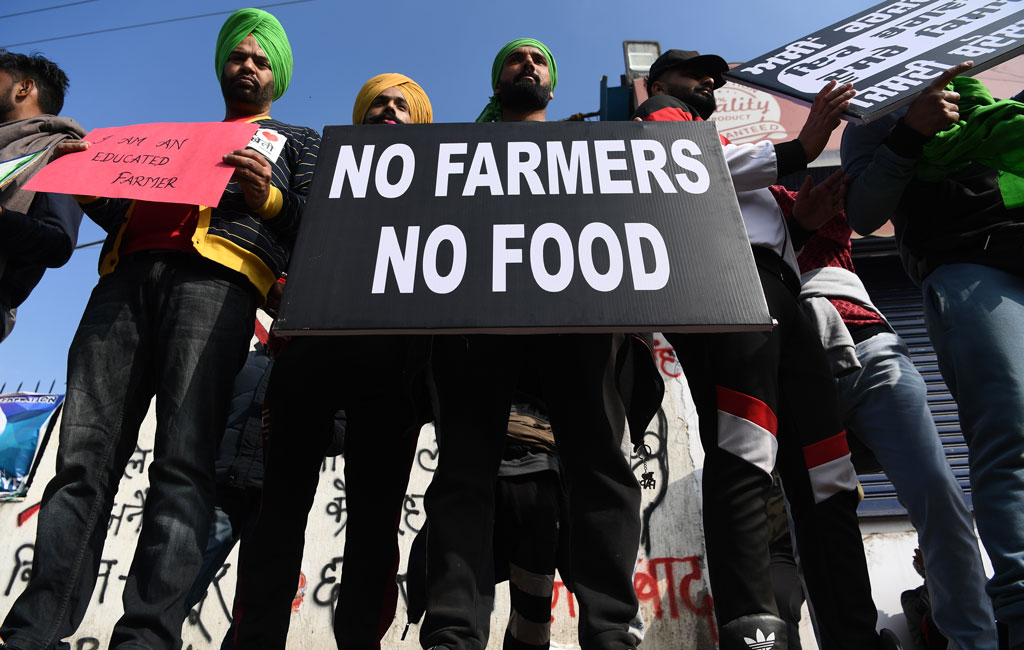 Mumbai: The protest of Indian farmers against the new agricultural laws has continued on 82nd day.

The protesting farmers have demanded the Indian government to withdraw the new laws.

Earlier, Indian Prime Minister Narendra Modi had urged farmers to end their over two-month long protest against agricultural reforms, assuring them that a mechanism of floor prices for key crops would remain in place.

Demanding the repeal of three new farm laws that they say will hurt them to the benefit of large corporations and allow the government to discontinue buying food grains at a minimum support price (MSP), tens of thousands of farmers have been camped on the outskirts of Delhi since late 2020. Dunya News