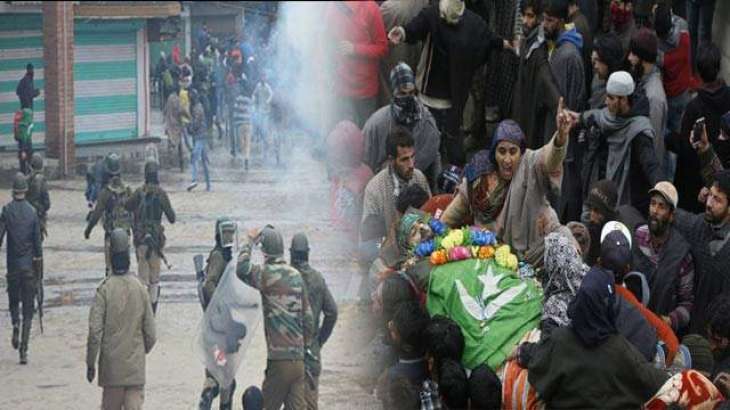 According to details, the youth were killed by the troops in a fake encounter during a violent cordon and search operation in Manihal area of the district. The operation was jointly launched by Indian Army, Central Reserve Police Force and Indian police. The troops destroyed many houses during the operation.

The authorities suspended Internet service immediately after the killing in the area.

The killing triggered strong anti-India protest demonstrations in Manihal and other areas of the district. As the news about the killing of four youth spread in the area, people came out of their houses and raised anti-India, pro-freedom and pro-Pakistan slogans.