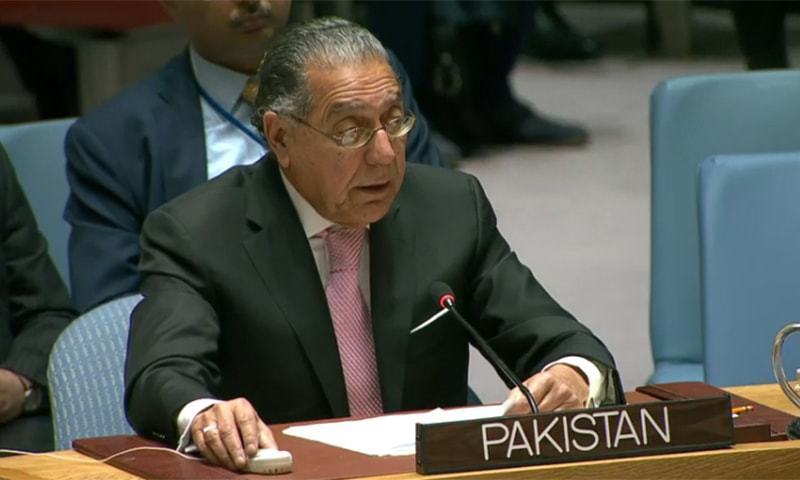 United Nations: Pakistan has informed the United Nations that without transborder water management and cooperation, inclusive sustainable development would not be possible.

Special Assistant to the Prime Minister on Climate Change Malik Amin Aslam reminded a UN General Assembly session on water this week that Islamabad was a signatory to the 1960 Indus Water Treaty (IWT) between Pakistan and India. “And as a signatory, we believe in transboundary water cooperation as a pillar for sustainable water management,” he added.

A Pakistani delegation leaves for New Delhi on Monday to attend a two-day — March 23 and 24 — IWT meeting. The previous session was held in Lahore two years ago. Pakistan is expected to present its objections to India’s contentious water projects on Chenab river.

At the UN session, Pakistan’s Ambassador Munir Akram pointed out that 40 per cent of the world’s population lives within shared river basins, like India and Pakistan.

“Cooperation at all levels is required for a holistic, systemic and multilateral response to confront and overcome the water challenge,” he said. “The focus of our efforts should be to fully implement this fundamental right (to water) for all the world’s people.”

The Pakistani envoy warned that without effective transboundary water cooperation, “inclusive sustainable development is severely curtailed, and the potential for threats to peace and security are ever present.”

The Climate Diplomacy, an organisation devoted to protecting the environment, urged world leaders in a recent report not to disregard the warning that future wars could be fought over water.

It noted that for almost 60 years the IWT survived diplomatic tensions, but recent upstream water infrastructure projects had rekindled conflicts.

The Kashmir conflict, the report added, “threatens to undermine the treaty”. The worsening effects of climate change on the Himalayan glaciers could increase the likelihood of disasters and threaten the long-term water security of communities, it added.

“These factors also have implications for future interstate cooperation and regional developments,” the report warned. AFP

Massive fire kills at least three at Rohingya camp in...