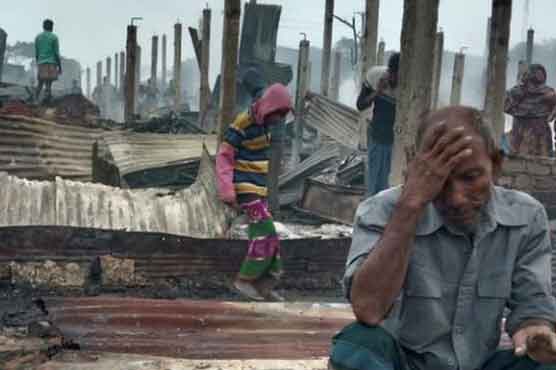 DHAKA: A massive fire has swept through a Rohingya refugee camp in southern Bangladesh gutting hundreds of shanties and killing at least three.

In January, a fire swept through another Rohingya refugee camp in Cox’s Bazar that left thousands without shelter.

In recent weeks, the Bangladesh government has moved several thousand Rohingya to a remote island.

More than a million Rohingya live in the mainland camps in southern Bangladesh, the vast majority having fled Myanmar in 2017 in a military-led crackdown.