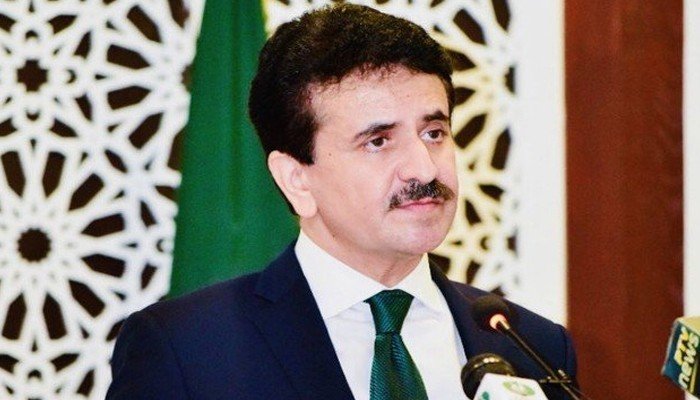 Recently, Indian media had reported that Pakistan will be receiving vaccines directly from India and some senior officials in Islamabad had also mentioned of such an agreement.

However, when asked about the agreement, the FO spokesperson, in his weekly media briefing, made it clear that there was no such bilateral procurement agreement with India.

“Regarding the procurement of COVID-19 vaccine, Pakistan has not entered into any bilateral procurement agreement for COVID-19 vaccine from India. GAVI, the international vaccine alliance, has offered provision of vaccine doses to several countries, including Pakistan, under its COVAX Facility,” clarified spokesman Zahid Hafeez Chaudhri.

He added that the procurement and supply mechanism of the vaccine doses are undertaken by GAVI and not the recipient countries.

But the spokesman said he did not have the exact details of the doses of the vaccine being sent to Pakistan and directed reporters to approach the Ministry of National Health Services, Regulations and Coordination.

Without naming India, the spokesman said that Pakistan is ready to host the SAARC summit in Islamabad if artificial hurdles are not created by a member state.

After the ceasefire agreement between New Delhi and Islamabad, reports were circulating that there is a strong possibility of the SAARC summit being held in Pakistan.

Pakistan, he said, is a founding member of SAARC and considers it an important platform for regional cooperation.

“Pakistan remains committed to the principles and charter of SAARC. We will continue working with the member states to build convergences and take forward the SAARC process for strengthening regional cooperation to achieve prosperity in the region”, said the spokesman.

Chaudhri, also spoke about Pakistan’s talks with India, saying that Islamabad is not averse to talks with New Delhi.

“Pakistan has never shied away from talks and has always called for peaceful resolution of all outstanding disputes, including the internationally recognized dispute of Jammu and Kashmir,” he said.

India has become negative asset at fora like BRICS, SCO:...