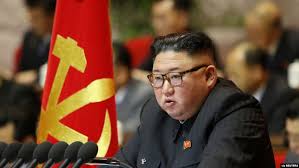 Geneva: A report by the UN Human Rights Office accuses North Korea of systematic, widespread human rights violations to maintain control over the population, which UN officials say may amount to crimes against humanity.

Hundreds of people who escaped from the Democratic People’s Republic of Korea were interviewed for this report.  UN monitors say the information gathered from their testimony provides reasonable grounds to believe crimes against humanity are being committed in the country’s prison system.

UN human rights spokeswoman, Ravina Shamdasani, tells VOA crimes against humanity continue in the ordinary prison system.  She says there are credible accounts of systematic infliction of torture or other forms of severe physical and mental pain suffered by detainees.

“We have found that seven years on from a UN investigation, which found that horrible crimes against humanity were being committed in the DPRK, including murder, enslavement, torture, enforced disappearances—we have found that seven years later, not much has changed,” said Shamdasani. “Possible crimes against humanity are continuing and ongoing and there has been no accountability for the past crimes that were documented.”

The 15-page report documents in excruciating detail other forms of punishment meted out to prisoners, including extermination, rape and other forms of sexual violence, denial of medical care and starvation.  It says political prisoners are subjected to the worst forms of cruelty.

The report is calling on the international community to prioritize the human rights of the people in North Korea and to hold the government of Kim Jong-un accountable for grave violations.

“There has been very little discussion of the human rights situation on the ground.   Very little discussion of justice and accountability for crimes against humanity,” said Shamdasani. “What we are arguing is that if we are looking for lasting peace on the Korean peninsula, this can only be achieved if such violations end and if the rights of the victims to justice, truth, reparations are fulfilled.”

The report calls for an end to impunity in North Korea.  It says proper investigation and prosecution of the alleged international crimes committed in the DPRK must be a priority.  It urges the grave situation in the country be referred to the International Criminal Court or another comparable tribunal. VoA