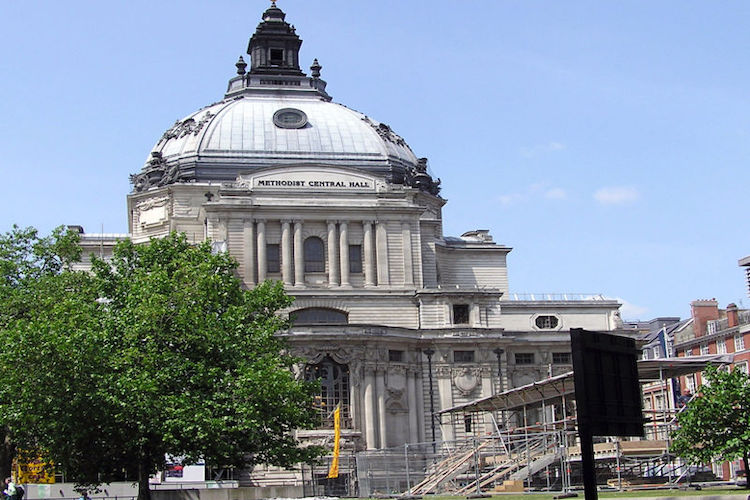 New York: Seventy-five years ago, in January 1946, the United Nations General Assembly met for the first time after the signature of the Charter. Its first resolution was adopted on the 24th of that month. The developments mentioned and commented below come to mind as we recall the outcome of that inaugural session of the Assembly.

The atomic attacks on Hiroshima and Nagasaki had been carried out roughly five months earlier, on August 6 and 9 of the previous year and the political impact of the bombings was still very strong. The United States was the only country possessing atomic capabilities at the time, which remained the case until 1949 when the Soviet Union successfully tested its first nuclear explosive device.[1] The unravelling of the uneasy wartime alliance between the USA and the USSR had begun immediately after the surrender of Nazi Germany, giving way to the period known as the Cold War.

The awesome destructive power of the newly invented weapon was undoubtedly on top of mind for the representatives of the 51 states that then made up the membership of the fledgeling world organization – mainly Western and Eastern European plus most Latin American countries.

Accordingly, the resolution called for the Commission to present proposals for that end, including the “elimination of atomic weapons from national armaments”.[3] That remains the clearest general agreement ever reached at the UN for action on the need for doing away with the cruellest and indiscriminate means of mass destruction.

The Commission met several times and presented its reports to the Security Council. Due to intense rivalry, animosity and mistrust between the United States and the Soviet Union no substantive results were achieved. On  November 4, 1948, the General Assembly passed a resolution stating that it had examined the first, second and third reports and expressed its deep concern at the impasse which had been reached.[4]

Debates included a plan presented in June 1946 by the United States, according to which that country would destroy its atomic arsenal on the condition that controls on atomic development would not be subject to veto at the Security Council. Predictably, there was no agreement on that plan. The Commission became inactive since 1947 and was officially disbanded in 1952.[5]

Despite the failure to translate its recommendations into concrete results, UNGA Resolution 1 remains unique in its conception and objectives. To date, the United Nations has been unable to adopt any consensus decision establishing clear mandates for effective nuclear disarmament.

In view of the persistent inability to deal decisively with the elimination of nuclear armaments, attention gradually shifted to so-called “partial measures”, that is, accessory instruments on specific issues that could increase security and/or facilitate the eventual achievement of real disarmament treaties.

Over the years, several such agreements have been successfully negotiated both multilaterally and bilaterally, but so far all have failed to generate the necessary political will to take up and conclude concrete disarmament measures. One major shortcoming is that those partial agreements have never been conceived as a logical sequence organically linked to the objective of nuclear disarmament.

A measure envisaged in the first couple of decades at the UN was the negotiation of a treaty to prevent the proliferation of nuclear weapons. In the early 1950’s several countries had already started to develop national nuclear industries and some seemed on the verge of obtaining independent military atomic capabilities.

Following cogent urgings from different quarters, the General Assembly adopted Resolution 2028 (XX) [6] calling on the Eighteen-nation Disarmament Committee (ENDC)[7] to give “urgent consideration” to the question of non-proliferation of nuclear weapons and to reconvene with a view to negotiating a treaty to prevent it. The resolution also set forth the principles on which a future non-proliferation treaty should be based. One of such principles was that the treaty should be “a step toward the achievement” of nuclear disarmament.

During his campaign for the presidency of the United States, John F. Kennedy had warned that within a few years “15 or 20 countries” might acquire their own nuclear arsenals. A commission established by U.S. President Lyndon B. Johnson [8] reported in 1965 that it was in the interest of the United States to curb the further spread of nuclear weapons and that therefore it should make “substantial and intense efforts” in that direction, particularly through the negotiation of formal multilateral agreements, application of influence on individual nations [9] and example by its own policies and actions.

That report also acknowledged the importance of the participation of the USSR in the efforts to halt proliferation and recognized that “lessened emphasis by the United States and the Soviet Union on nuclear weapons and agreements on broader arms control measures” were important elements to prevent nuclear proliferation. The Report also recommended the undertaking of initiatives to obtain Soviet support and cooperation for specific actions. [10] There is no mention to nuclear disarmament in the report of that Commission.indepthnews.net