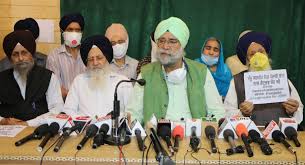 D S Ranotra condemned the alleged neglect of Punjabi language in the state. It claimed that first it was made a non-compulsory subject/language and then all efforts were made by the successive governments for the extinction of the Punjabi language.

“Punjabi language has been given the recognition and guarantee under Article 146, Schedule VI of the J&K Constitution. Thus it becomes obligatory on the part of the J&K Government to make all efforts for the promotion of Punjabi language in addition to other regional languages,” a statement said.

Social activists added that on what grounds Union Cabinet has rejected the Punjabi Language and added other 4 languages. (OTHER THAN ENGLISH). Moreover Punjabi is the only language which is world-famous.

He also added that children of leaders from the ruling party those who neglected Punjabi language dances and played only Punjabi songs in their homes/cars and parties. And also it’s the only language with proper lipi to write.

Social Activists further said the Punjabi language was the only language that was being taught in the schools of J&K for long. It added that earlier Punjabi was a compulsory subject up to Class X but later students were given an option to choose Hindi, Urdu or Punjabi language as one of the optional subjects in board exams.

D S Ranotra condemns the Union decision on deliberately ignoring of Punjabi language and said that this act of the state government had created strong resentment among the Sikh community in J&K. He added that Punjabi was a popular language in Jammu and Kashmir spoken by lakhs of people. Kashmir Watch

Violent nationalist groups should be outlawed like terror outfits, Pakistan...