Subscribe Us
HomeArticleRole and Responsibility of Global Kashmiri Diaspora
Article 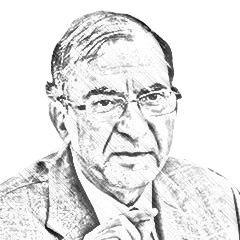 “When there is no enemy within, the enemies outside cannot hurt you.” Winston S. Churchill.

The disputed territory of Jammu and Kashmir stands apart as the most cantankerous of conflicts, with the catastrophic possibility of nuclear devastation. After all India and Pakistan have fought three wars and nearly began a fourth with the ever-present threat of nuclear exchange. Hence, the world powers need to reaffirm their commitment to the inalienable Kashmiri right of self-determination and help in resolving this long stand conflict to the satisfaction of all parties concerned.

Over 100,000 Kashmiris have lost their lives in the past 30 years. 8,000 to 10,000 people have disappeared. 2,700 mass graves have been discovered in the town of Kupwara alone. It is well documented that hundreds of thousands of Indian armed forces have made Kashmir the largest occupation on earth. The conditions in Kashmir have become so ugly with rapes, beatings, shootings and other crimes inflicted by the occupation forces that the people of Kashmir are condemned as a lot in the eyes of the world to be ignored and forgotten because, aside from any intentional bias in the press, no one wants to think about it. Kashmir has almost become a forgotten land and a forgotten people.

Amb. Yusuf Buch, former advisor, United Nations Secretary General, has described the agony of the people of Kashmir in these words, “Have we heard a word, even a whisper, about gardens being turned into graveyards, about young women being raped and their mothers being forced to witness the atrocity, about young men being crippled and maimed for life, about the great numbers of fake disappearances which are continuing to this day in occupied Kashmir? It will glibly be said that it points only to the failure of the media. But have not the media been influenced and deterred from an aggressive, truth-revealing course by official policies sedulously maintained?”

These facts have become well known in Kashmir. The grassroots leadership and the global Kashmiri diaspora leadership have acted frequently, as individual men and women, to these problems with calls to action, and the people have responded, as well they would, and have taken to the streets by the thousands, and on occasion by hundreds of thousands. The press has reported such events dutifully, with minimal fanfare. Indeed, the world also knows that a European parliamentary delegation, after visiting Kashmir, announced, “Kashmir was the most beautiful prison on earth.” An internationally known humanitarian lawyer, Dr. Karen Parker reported that ”The presence of 700,000 [actual number exceeds one million] Indian military and paramilitary forces has made Kashmir the largest army concentration anywhere in the world.”

Yet, despite these facts, these atrocities, and all the evidence, after 73 years of oppression by a foreign occupation, we stand like smoking overheated cars in a traffic jam on a Washington Beltway (freeway) miles from an exit ramp with nowhere to go, running out of gas, waiting for some miracle to happen.

It’s imperative at this stage in our history for the global Kashmir diaspora to recognize that real change is needed and cannot happen without a change in the way that we do business. Foremost, what is needed is a united front among Kashmiri diaspora that will inspire the people as well. A united leadership will demonstrate to them that we are Kashmiris first and foremost, and not simply members of some little political offshoot or an organization that has no real mandate. Only a united Kashmiri diaspora can unite the people on the ground. Only a united people can bring about the change that will help us achieve our ultimate objective – the right of self-determination.

I agree with Dr. Syed Nazir Gilani, President, JKCHR when he said, “It is much more important that Kashmiri diaspora does not use their activities to advertise their personal or group interests in the Webinar or at any other time. If we start using anyone of these webinars in that manner, it will snowball into an abuse and there would be no end to it. A mischief by an individual or a group to seek an advertisement of any kind does not remain in the best interests of the people of Jammu and Kashmir. If there is a need for an appreciation, it should be general and in equity. Therefore, Kashmiris need to hold their personal interests under control. We should keep in mind that the merits of our case and the various elements of our character remain under a microscope of the system.”

The people of Kashmir, despite all the odds, have never lost hope in the right of self-determination. The Kashmiri diaspora does not need to remind them that. The diaspora needs to simply take the reins, open the doors, pave the road, and take advantage of those opportunities that become available to express that will. History has shown that it has not been done, and it will in all likelihood not be done unless there is unity not only at the bottom but also at the top.

Dr. Farhan Chak, Canadian-Kashmiri scholars has written that “there are few hundred Kashmiri organizations in the United Kingdom and hundreds elsewhere throughout the world. This level of multiplicity is not only unnecessary but counterproductive to Kashmir’s right to self-determination. Any close scrutiny of the rise and fall of nations proves that no one conquer a united house. Civilizations disappear by suicide, not murder.”

When a survey was conducted by a London-based think tank Chatham House, which was released by BBC on May 27, 2010, asking a simple question, what do you want? An overwhelming 85 to 95 percent of the people of the Valley of Kashmir demanded Aazadi, (Freedom from occupation). The people know this. They know what they want. The challenge given by Mohammad Yasin Malik to the then chief minister of Kashmir, Mehbooba Mufti to allow him to address a public rally in Lal Chowk (Red Square), if allowed, will be attended by more than a million people. I’m sure the call given by Yasin Malik to go to Lal Chowk would have been attended by more than 1 million people had there not been restrictions imposed by the government. We know it for sure that Mohammad Yasin Malik was able to obtain more than 1.5 million signatures from the people of Kashmir. Likewise I’m sure that there will be a similar response by the people if and when a call is given by others. It is important that Kashmiri diaspora leadership work together to make the voice of the people strong and effective through such unity.

It’s time, my fellow Kashmiris, for a bouquet of flowers. It’s time to see all the flowers together, working together, gleaming brightly in the sunlight of Kashmiri beauty. It’s time that we fill that vase with all the flowers that Kashmir has to offer, the people. It’s time that the diaspora gives all that flows from its heart, because it is only then that the people will respond with theirs and demonstrate the power of their love for their country, Kashmir – the paradise on earth.

The role of our global Kashmiri diaspora becomes much more pertinent and important after the developments since August 5, 2019 and because of the changes occurring at a global level. They need to understand that a leader has to sacrifice his ego for the good of the people. A leader cannot be tossed about by the waves of the wind but he should be able to correct his course accordingly. Leadership always sets the pace. Leadership must always inspire. A leader wittingly or unwittingly cannot say and should not say something which gives the impression that he or she is the mouthpiece of the oppressive forces. A leader may be tired because he worked for so long. But he must understand that his assertion of fatigue may weaken the movement. The fact that more than a million people have taken to the streets of Srinagar on multiple occasions is living proof that the people are not tired. Their enthusiasm and their sacrifices will persuade both India and Pakistan and the rest of the world, as President Obama said in New Delhi on November 9, 2010, that “the resolution of Kashmir is in the interest of India, Pakistan, the region and the United States.”

I do not doubt for a minute that to regain much of what has been lost, the people of Kashmir are determined to present their peaceful objectives to the international community. Their objective is to seek a peaceful and lasting solution to the conflict through dialogue, with the participation of all parties concerned. Their view is one of inclusion. They believe that there is nothing to be gained by isolating groups with varying opinions.

If sincerity is brought to the process in place of cheap trickery, the dawn of peace will glow as never before over the subcontinent – the home to one-fifth of total human race. KMS

Shutter down strike in IIOJK on Maqbool Butt’s martyrdom day...