Subscribe Us
HomeArticleThe man who opened the U.N. peacekeeping door to Japan
Article 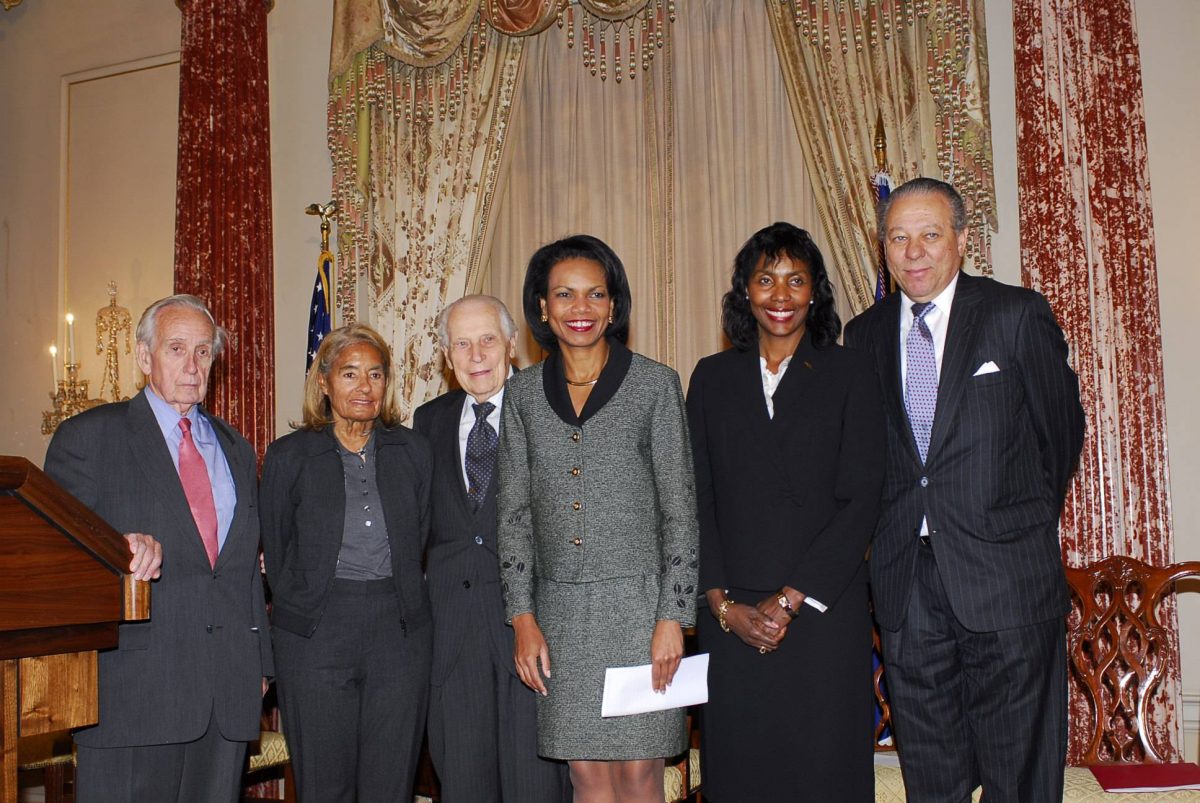 Lost amid the chaos last week was news of the death of Brian Urquhart, a pillar of the United Nations who helped create and then run its peacekeeping operations. Urquhart was the quintessential international civil servant — determined and unflappable — whose vision remained fixed on the big picture. Japan owes a great debt to Urquhart, not only for the extraordinary work he did at the U.N. — work for which all governments should give thanks — but also for providing this nation with the opportunity to escape a straitjacket that had been imposed after World War II and to contribute directly to the resolution of hard security challenges.

Urquhart was born in England a few months after the end of World War I. He showed promise and could have been an academic; he won scholarships and was a student at Oxford University for two years before joining the British Army in 1939 when war again broke out in Europe. After a training accident — a parachute partly failed to open during a training jump — he was told he might never walk again: He was back in action within a year. Late in the war, as part of a forward intelligence unit, he was the first British officer to enter the Bergen-Belsen concentration camp and see its horrors. It was proof, he later said, of “the debasement of all the things that are best in human beings, including in the good guys.”

He left the military at the war’s close to work in the Foreign Office, joining the commission that was planning the secretariat for the new world body that would prevent similar future conflicts. Urquhart was the second person hired to work at the United Nations and became chief assistant to its secretary general, the Norwegian Trygve Lie. That relationship was not friction-free, but he persevered to become a close advisor to the first five secretaries general, closing out his career in 1986 after 12 years of service as under secretary general for political affairs as number two in the organization, and retiring to a life of reflection and writing.

While Urquhart had many achievements during his four decades at the U.N., he is credited with two in particular. The first was helping to establish the International Atomic Energy Agency (IAEA), the world’s nuclear watchdog. Urquhart was instrumental in organizing the 1957 Preparatory Commission meeting that gave birth to the IAEA. He helped members of the organizing committee navigate the murky currents that impeded atomic diplomacy during the Cold War.

He is best known for his second success, the creation of the United Nations peacekeeping forces. The U.N. Charter has no mention of peacekeeping, a perhaps understandable omission for an organization that was intended to remain strictly neutral and above the fray. Engagement invariably risked taking sides, and the organization’s superpower patrons had no desire to put a thumb on the scales in a conflict unless they could be certain it would be on their side.

A peacekeeping force was created in 1956 as political cover for the withdrawal of British and French forces after their disastrous gambit to seize the Suez Canal. As Urquhart was the only person among senior U.N. staff with military experience, logistical work to prepare that emergency force fell to him. He is credited with branding those forces, painting surplus U.S. Army helmets bright blue — to match the U.N. flag — to distinguish them from other combatants. U.N. peacekeepers are known to this day as “Blue Helmets.”

Cognizant of the fact that the U.N. was beholden to its patrons, Urquhart considered U.N. peacekeepers “an army without an enemy” — they instead had difficult clients. As a result, while firmly committed to the U.N.’s role as an arbiter of international disputes, Urquhart conditioned engagement on widespread political support and a commitment to use force only as a last resort and as a means to facilitate negotiations toward a settlement.

By the time he retired, the Blue Helmets included 10,000 troops from 23 countries and had been deployed 13 times to conflicts around the world. To be sure, they had failures, but even lightly armed and with strict rules of engagement they have been instrumental in protecting endangered populations and making real the pledge in the preamble to the U.N. Charter “to save succeeding generations from the scourge of war.” They won the Nobel Peace Prize in 1988.

The creation of U.N. peacekeepers, with their strict mandate, provided Japan the opportunity to play a more proactive role in promoting international peace. Japan’s government passed in 1992 legislation that allowed the Self-Defense Forces (SDF) to join U.N. peacekeeping operations, as well as international humanitarian relief and international election observation operations. That same year, the government of Prime Minister Kiichi Miyazawa dispatched SDF personnel to Cambodia for their first overseas operation. They have since engaged in 13 more U.N. peacekeeping and refugee assistance operations around the world. In 2007, the SDF mission was modified and international peace cooperation activities were upgraded to become one of the primary missions in the defense of Japan and the maintenance of public order.

Urquhart was a realist yet he remained, despite many frustrations, committed to the dreams that animated the United Nations. “From day to day, one thinks it hopeless, but cumulatively, it does work,” he once explained. Urquhart understood that only by acknowledging and working within political limits could the range of the possible be expanded. It is an invaluable lesson for all who work in the service of ideals and especially for those in Japan who want to do more to promote peace and security throughout the world. The Japan Times