The number of politicians with criminal cases has increased in India 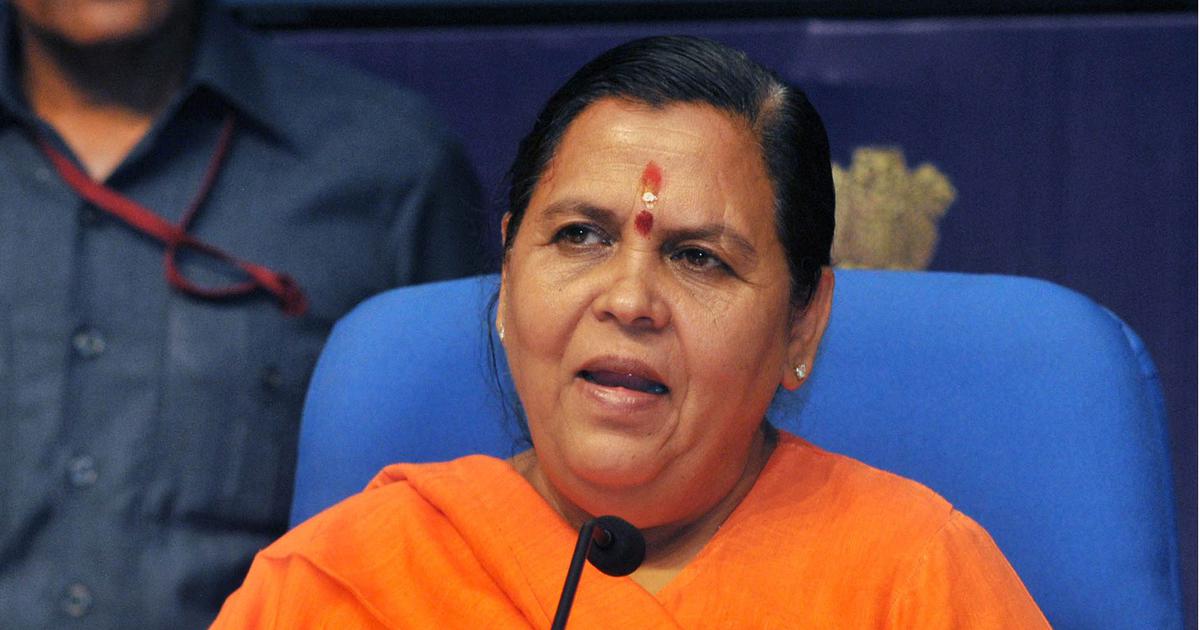 Election times are one of the most unstable times in India. Today, we can easily observe the hegemony of candidates with criminal backgrounds in our elections and the phenomena of criminalisation of Indian politics. As election dates approach, the ruthlessness and desperation to get into power by hook or crook is followed blindly.

Uma Bharti has been accused of rioting, attempt to murder, promoting enmity between different groups on grounds of religion, among other things.

Ironically, in India, the festival of democracy gets celebrated with hatred and violence at its back. We are used to vote-bank politics, illogical hatred speeches and campaigns with social media trends as its frontier soldiers. India is the largest democracy globally, but it has shown itself as one of the largest democracies with a huge number of criminals as their representatives. These criminals are hollowing up our nation.

The person we are electing to make laws is the same person who is a criminal before the law. But as citizens, we can’t free ourselves from the blame of voting for those criminals in the elections. The first retrospective question every citizen should ask themselves is, why am I choosing this candidate?

I am sure most readers will get vague answers like, “I think he is more popular and going to win”, or get influenced by media or people, which can be fake. But ideally, shouldn’t it be about who is working for our genuine issues and what the candidate’s plan of action is on important concerns? What is their background and education qualification? How have they served us in the last elections?.

We take our majority of voting decisions by getting influenced rather than getting informed. Almost every criminal background candidate influences the particular region because of their money, power and hegemony, not because they serve the people. Criminals get votes out of fear they have instilled in the people. Political parties are giving them tickets to get a winning seat. Their candidate’s winnability is more important than serving the constituency.

Statistics show that the percentage of candidates with criminal cases in the 2009 election was 15%, which increased to 17% in 2014, but it exacerbated to 19% in the 2019 Loksabha elections in India, as reported by Association for Democratic Reforms (ADR). The dark picture comes out with the data that says 13% of the candidates were accused of grave crimes like murder, rape and heinous crimes against women.

Sadhvi Pragya Singh Thakur is one of the key accused in the 2008 Malegaon blast case.

The seriousness of the matter can be understood with the data that 29% of MPs in 2019 Loksabha have declared grave crimes. The Indian constitution declares the people of India as the ultimate sovereign, but these statistics reported by ADR say otherwise.

Criminal candidates are just the face of criminalisation in Indian politics, but deep down, it’s a large nexus of police, money, corrupt bureaucracy, casteism, religion and the drawbacks of functioning in the election commission.

The NN Vohra committee’s report on the criminalisation of politics discussed how criminal gangs flourish under the care and protection of politicians. Many times the candidates themselves are the gang leaders. This protection is paid back to them during elections through capital investment in election spending and voter support.

The supreme court bench of Justice RF Nariman and Justice Ravindra Bhatt on 13 February 2020 cracked down on this alarming increase of sitting MPs and MLAs with criminal backgrounds. According to the order, political parties have to publish all their candidate’s details regarding criminal cases pending on them not only on a local and a national newspaper but also on their social media handles and party websites.

The parties have to give detailed reasoning of why they chose such candidates with criminal records instead of others. They compelled the political parties to answer the question of why they are giving tickets to such candidates. If the political parties fail to adhere to the SC’s orders, then the EC will report it to the SC, and the party president will be charged with contempt of court under articles 129 and 142.

When the apex court is compelling political parties to show some ethics by refusing tickets to tainted candidates, it is high time. But as voters, we should also show the audacity to make informed voting choices to prevent criminals from winning elections.

If there is no better option, it is better to go for NOTA than choosing them. These termites are eating up democracy and giving protection to many evils like corruption, casteism, regionalism, etc. To all the voters who will vote in the next elections, make sure you are not facilitating the path of any criminal to the temples of democracy. Youthkiawaz.com