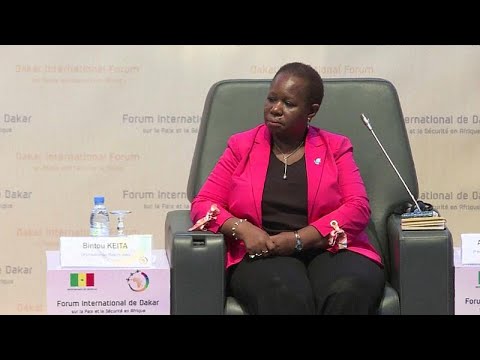 New York: Guinea’s Bintou Keita and South Africa’s Nicholas Fink Haysom, have officially been endorsed by the United Nations Security Council as per an official announcement as the organisation’s new emissaries in the Democratic Republic of Congo(DRC) and South Sudan, respectively.

Peacekeeping in the DRC

Bintou has also held positions in Darfur (2015) and the United Nations Children’s Fund (UNICEF), among others and will succeed in February to Algerian Leila Zerrougui who will have spent three years in the DRC – a particularly demanding and tiring job that is one of the largest and most difficult peacekeeping operations in the world, according to diplomats.

The Monusco peace mission has about 15,000 peacekeepers, with an annual budget of around one billion dollars. Its mandate was renewed in December for one year by the UN Security Council with a cautious start to disengagement spread over several years, without a specific end date.

Born in 1952, Nicholas Fink Haysom has already worked for the UN in Sudan and South Sudan — and even in Somalia from where he was expelled in 2019 upon accusations from the government of interfering in the internal affairs of the country.

The UN peace mission in Southern Sudan (Minuss) is the most expensive of the organisation’s similar current operations, with an annual budget of more than US$1 billion and a force of 17,000 peacekeepers — to perhaps be reduced to 15,000 as per a recommendation based on a recent independent study conducted for the UN.

Probably a necessary armed presence as the inter-community violence persists in the aftermath of the country’s six-year-long civil war. Africa News

India up for sale as Modi plans to distribute national...