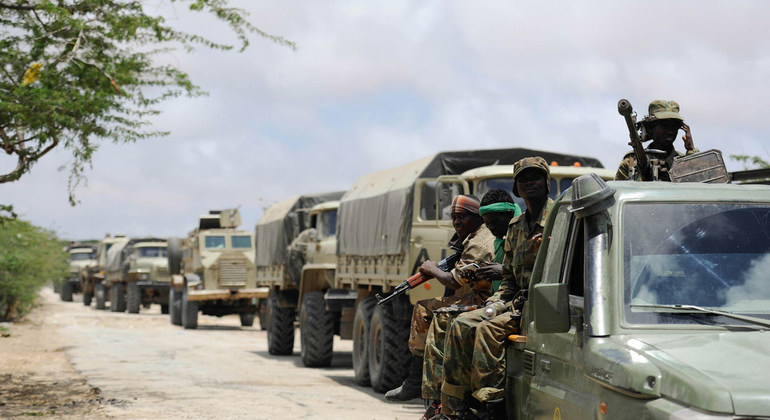 Mogadishu: The United Nations Security Council voted Thursday to renew the mandate of the African Union Mission in Somalia (AMISOM), a peacekeeping force first deployed in the country in 2007.

According to a statement issued by the UK at the United Nations, all UN members unanimously approved to extend the mandate of the mission in the country.

“The UN-authorised African Union mission in #Somalia is working to build Somalia’s own capacity for its own peace and development,” it said on Twitter.

AMISOM is a peace support operation with nearly 20,000 forces on the ground mainly from Kenya, Ethiopia, Uganda, Burundi and Djibouti.

AMISOM has been in Somalia backing the Somali federal government and fighting against the al-Shabaab terrorist group since Jan. 19, 2007.

Anadolu Agency website contains only a portion of the news stories offered to subscribers in the AA News Broadcasting System (HAS), and in summarized form. Please contact us for subscription options.aa.com.tr