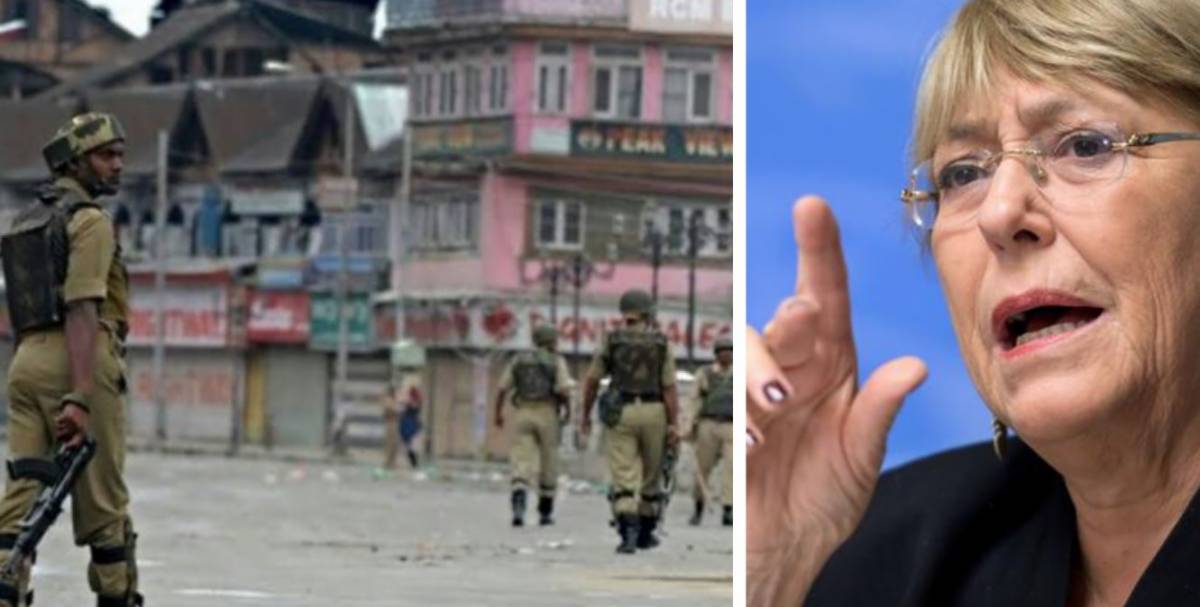 The UN High Commissioner for Human Rights, Michelle Bachelet, expressed this concern while updating the 46th session of the UN Human Rights Council (UNHRC) in Geneva on human rights issues in more than 50 countries.

The High Commissioner said the UNHRC is continuing to monitor the situation in IIOJK “where restrictions on communications, and clampdowns on civil society activists, remain of concern”. She said that despite recent restoration of 4G access for mobile phones, the communications blockade has seriously hampered civic participation, as well as business, livelihoods, education, and access to healthcare and medical information.

The UN rights chief was also critical of action taken by Indian authorities against journalists covering the protests and efforts to curb freedom of expression on social media. “Raids against human rights defenders in October and November exemplify the continued restrictions on civil society, and resulting impact on the rights of the people of Kashmir to impart and receive information, and to engage in free, open debate on Government policies affecting them,” she said.

Michelle Bachelet maintained that continued protests by hundreds of thousands of farmers in India highlight the importance of ensuring laws and policies are based on meaningful consultations with those concerned.

“Charges of sedition against journalists and activists for reporting or commenting on the protests, and attempts to curb freedom of expression on social media, are disturbing departures from essential human rights principles,” she added.

Pertinently, in the 45th session of the UNHRC last year, Michelle Bachelet gave an update on the global human rights situation across the world in which she expressed concern over the detention of many political leaders and the communication blockade in IIOJK.