US tests push for sweeping change in Afghanistan as pullout nears 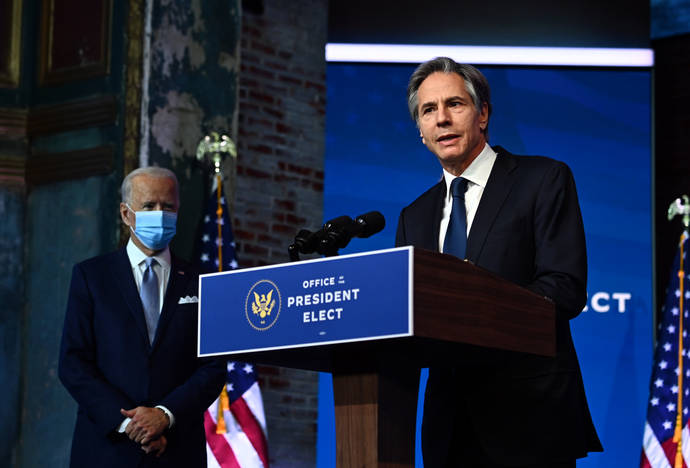 Washington: President Joe Biden is testing whether he can bring sweeping changes in Afghanistan, including a potential government involving the Taliban, in a high-risk strategy as he weighs whether to honor a May deadline to end America s longest war.

In a letter leaked to Afghan media over the weekend, Secretary of State Antony Blinken encouraged Afghan leaders to consider a “new, inclusive government” and proposed that talks take place within weeks in Turkey to seal a peace deal with the Taliban.

The behind-the-scenes but dramatic diplomacy comes as Biden completes a review on one of his first major foreign policy questions — whether to abide by an agreement with the Islamist insurgents negotiated by former president Donald Trump to pull the final US troops out by May.

“I think the objective here seems to be, let s see if there s some other option that we have other than simply leaving on May 1 or overstaying. Is there some short-cut to a peace process?” said Laurel Miller, the former US envoy on Afghanistan and Pakistan.

“I see this as just trying stuff and looking to see if something sticks,” said Miller, Asia director at the International Crisis Group.

In the letter to President Ashraf Ghani reprinted by Afghanistan s TOLOnews, Blinken said with uncharacteristic bluntness that the United States feared the “security situation will worsen and the Taliban could make rapid territorial gains” if the United States ends its two-decade military involvement.

While saying the United States did not want to dictate terms, Blinken encouraged Ghani to “move urgently” on ideas from Zalmay Khalilzad, the veteran US negotiator kept on from the Trump administration.

In addition to the meeting in Turkey, Blinken said the United States was asking the United Nations to convene a meeting of foreign ministers from Afghanistan s neighbors on ensuring future stability that would notably include Iran — in what could turn out to be a first diplomatic encounter with the Biden administration. AFP