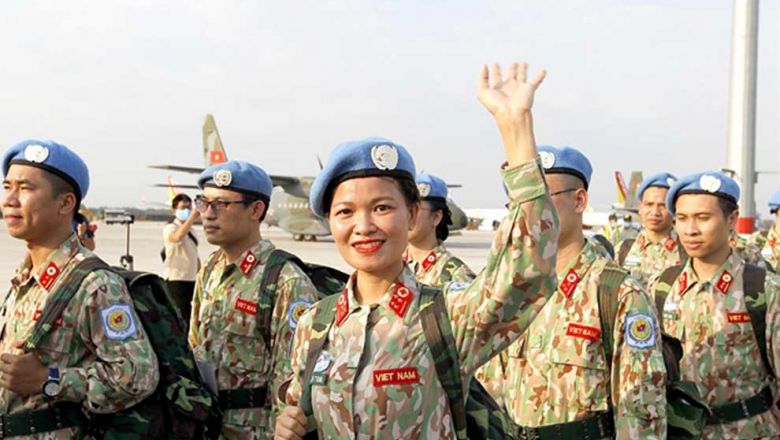 Ho Chi Minh City: A new team of Vietnamese medical staff is heading to Africa for the UN’s peacekeeping mission to establish a hospital in South Sudan.

They will be joined by more Vietnamese personnel next month. All staff members have received their Covid-19 vaccinations.

The team were waved off on their mission during a ceremony in Ho Chi Minh City on March 23.

Speaking at the event, Deputy Minister of Defence Senior Lieutenant General Hoang Xuan Chien said he appreciated the cooperation of the UN, the Australian government and partners with Vietnam in deploying the third Level-2 hospital to replace the second Level-2 Field Hospital in accordance with plans that have been adjusted due to the impact of the Covid-19 pandemic.

The officer said staff completed training in foreign languages and pandemic prevention and control, all materials and equipment have been packed, and the hospital is ready for its international mission.

Delivering a speech in virtual form, UN undersecretary-general Atul Khare spoke highly of Vietnam’s efforts in UN peacekeeping missions since 2018. He said the participation reflects the strong commitment to the partnership between Vietnam and the UN.

The UN official commended the staff of Vietnam’s Level-2 field hospitals for their work, especially in treating Covid-19 patients and in sharing valuable experience in epidemic prevention and control.

Director of the third Level-2 Field Hospital Lieutenant Colonel Trinh My Hoa, on behalf of the hospital’s staff, said it is their honour to join UN peacekeeping activities, contributing to the implementation of the state’s and Communist Party of Vietnam’s foreign policy and enhancing Vietnam’s position in the international arena.

They were due to be transported on March 24 to South Sudan by military aircraft provided by Australia. Phnompenhpost.com