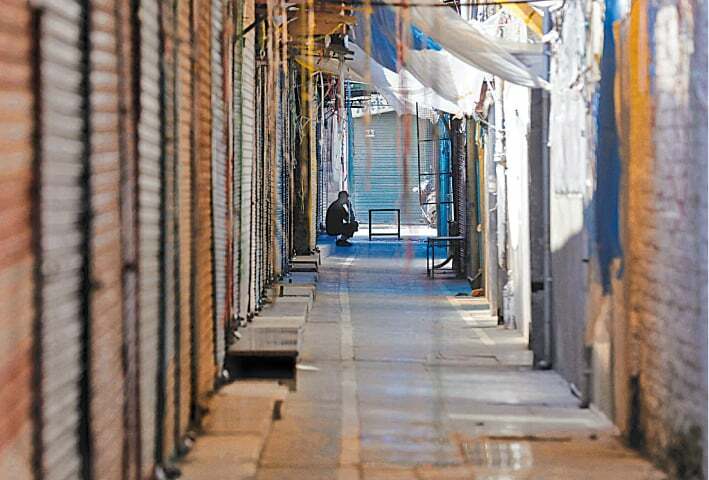 Srinagar: Indian forces killed six fighters in occupied Kashmir over the past 24 hours while the fighters shot dead a female TV performer and a police officer, officials said following the conviction of the region’s best-known leader.

A New Delhi court on Wednesday ordered life in jail for Yasin Malik for funding “terrorist” activities and on several other counts. The sentencing prompted warnings from politicians that it would promote alienation in the Muslim-majority region.

Shops and businesses in India-held Kashmir remained closed for a second day of protests against the verdict, while police detained 10 people for throwing stones and for sloganeering outside Yasin Malik’s residence.

Kumar said that  a 35-year-old television and social-media performer Amreen Bhat on Wednesday evening. They have allegedly killed at least 12 people, mostly police, in occupied Kashmir this year. One of the dead was a Kashmiri Hindu government employee, worrying the disputed region’s tiny minority community.

More than 3,400 Hindus from occupied Kashmir have been given government jobs there in recent years, as Prime Minister Narendra Modi’s government tries to lure them back into the region after attacks forced them to flee during the 1990s. But Hindus have been holding street protests demanding relocation out of held Kashmir.

“We are not secure here,” Amit, a protesting Hindu government emplo­yee, said. “Our colleague was shot dead in his office. Our demand is relocation outside Kashmir, because every so often there is a targeted killing.”

Indian forces have already stepped up their operations, killing 78 fighters this year, according to the administration of held Kashmir. For the whole of last year, 193 were killed, while 232 were shot dead in 2020.

Meanwhile, representatives of Pakistan and India got into a fresh verbal duel in the UN Security Council on Wednesday after Pakistan’s Ambassador Munir Akram castigated New Delhi’s continued oppression in occupied Kashmir, drawing attention to the life sentence awarded to Kashmiri leader Yasin Malik by an Indian court.

Qasim Aziz Butt, who represented Pakistan, rejected India’s claim about Jammu and Kashmir being its integral part, saying it was a disputed territory, as per all United Nations maps and official documents.

The Pakistani representative accused India of being one of the world’s largest purveyors of state terrorism, notably against each of its neighbours, including Pakistan. At home, state-directed terrorism is being unleashed against all minorities, he said.—Agencies